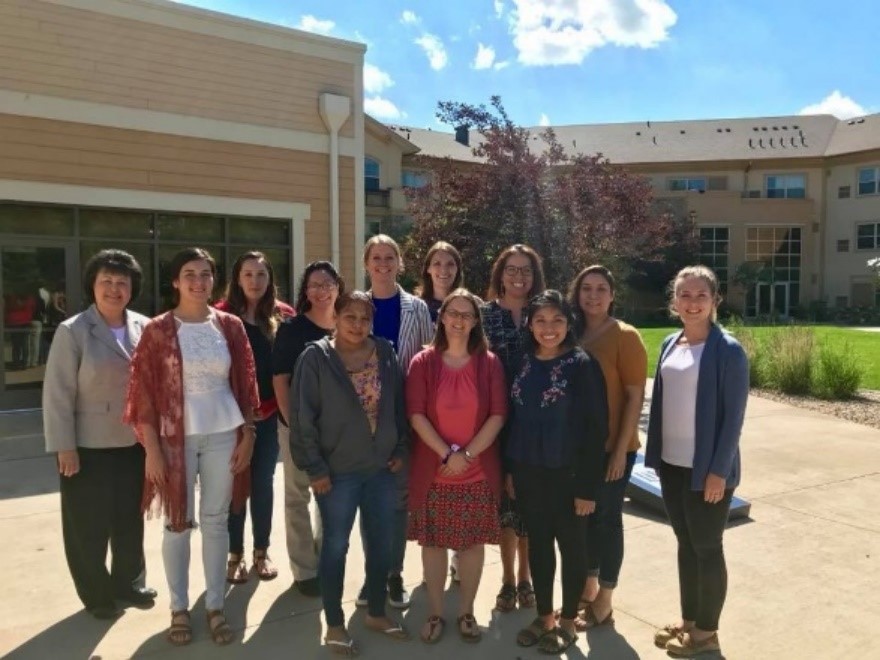 Indigenous data sovereignty: "Assertion that Indigenous people have inherent and inalienable rights relating to the collection, ownership, and application of data about them and their lands and lives." -Jack Latimore

I get extremely car sick. However, this drive didn't feel as bad as most of the ones I have been on. Throughout much of my previous work, I've ridden in vans across rural Oaxacan terrain and been very dependent on Dramamine. This time a combination of participating in fun workbook help with my mentor's kids and residual school sleep deprivation allowed me to sleep and laugh my way through the three-hour drive on our way to Pierre, SD for the Annual CRCAIH Tribal Partner Retreat. Halfway through, we also stopped at the Akta Lakota Museum and Cultural Center, during which I appreciated wandering the breath-taking exhibits that showcased the resiliency, beauty, and creativity of the original people of the land we were travelling across. 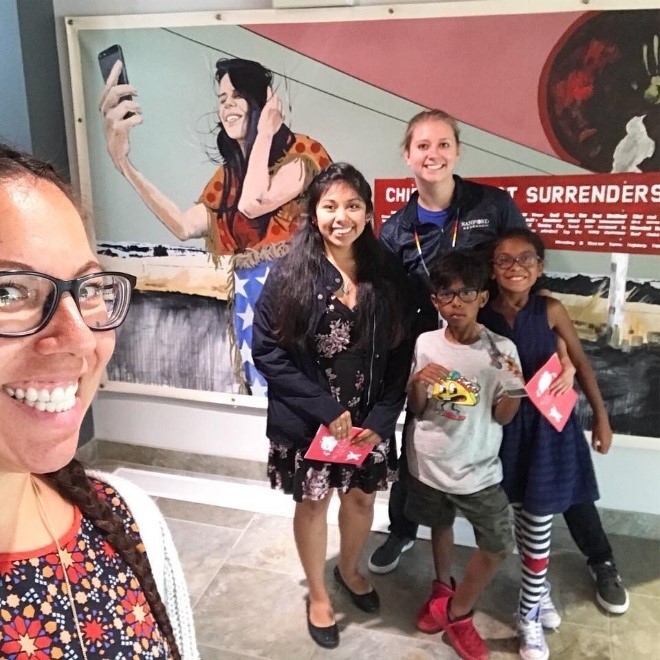 Once we arrived in Pierre, I helped unload the car of all the supplies and snacks, like the good intern I was, to the hotel. I was excited! When I saw the extra-large Post-it notes, I was immediately reminded of the projects that I've contributed to in the past, during which we didn't have internet, so our PowerPoint slides were a series of extra-large Post-it notes. Luckily, we would have internet during this retreat. The retreat commenced the following morning with prayer and a large consumption of coffee and tea. I was excited to meet all the tribal partners and witness the River of Life exercise, which I had been learning a lot about during my initial week at Sanford.

The River of Life is an evaluation tool, to facilitate partnership, that uses the river as a symbol which is often a cornerstone in many Indigenous cultures. The activity encourages reflection and discussion between partnerships and an opportunity to examine the history and influences as well, in this case between CRCAIH staff and the individual tribal partners (i.e. Rosebud, Oglala, Sisseton-Wahpeton, and TNRG. FDL was unable to attend). It was created through the Engage for Equity Center for Participatory Research at the University of New Mexico. My mentor, Melissa Buffalo, had been chosen from a nationwide pool of Community Based Participatory Research (CBPR) projects, along with Heather Larsen, tribal partner from Sisseton-Wahpeton Oyate, to participate in a series of workshops in Albuquerque, New Mexico, this past fall. It was exciting and inspiring to witness the staff from CRCAIH and tribal partners from all over the region be able to discuss and creatively express their perceptions of what the relationship had been between their tribe and CRCAIH, whose goal is ultimately to empower tribes to be the directors and drivers of the kind of research that happens in their community. 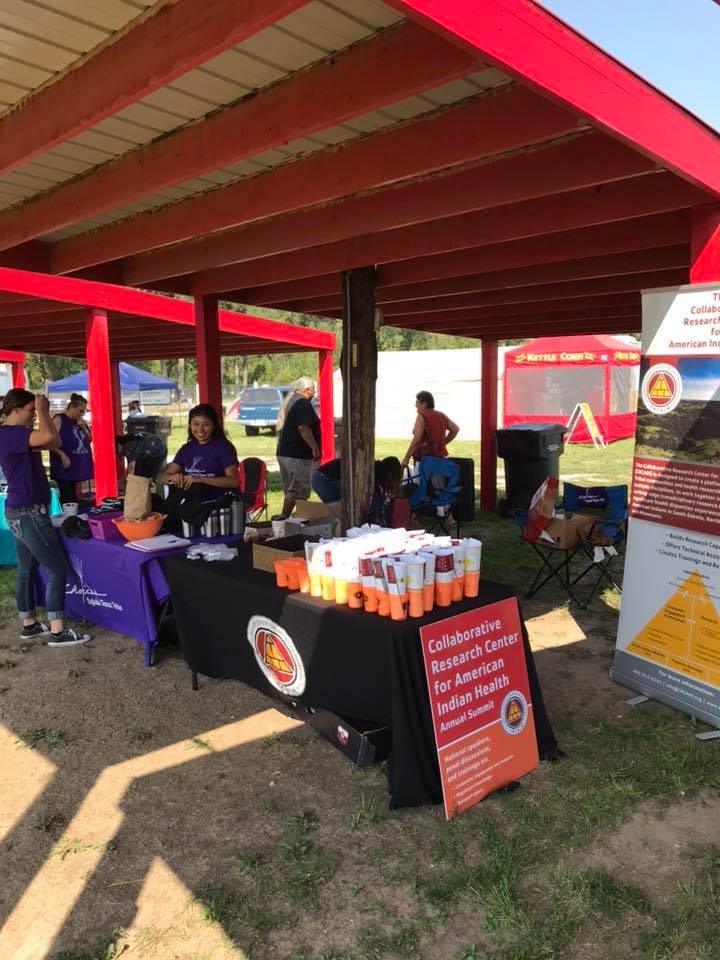 This is ultimately linked to tribal data sovereignty, which was a significant topic of discussion during the retreat. A few weeks after the conclusion of the tribal partner retreat, I was granted the opportunity to be able to visit one of the tribal partners at a health fair. On the way home, we visited the tribal research office in order to listen to some of the issues that had been raised during the retreat. These included inconsistent return of study data by research projects, lack of communication from Principal Investigators, and enforcement of research fees to the tribe. Data sovereignty and management, as I've come to learn is a complicated and detail-oriented process that involves researcher enforcement, organization, and resources, among other things. As I progress in my career in hopes of continuing research in Indigenous communities in order to improve health outcomes, particularly my own ├æuu Savi communities in Oaxaca, I cannot forget the lessons that I've learned this summer. The on-the-ground challenges that many tribes face when it comes to their research offices and the strength and passion that many of them possess when they are working with a single-person staff and limited resources will be lessons that I never forget.

It was amazing to see the way that tribal partners were able to share with CRCAIH staff about the needs of their community and be able to intern in the office in which those needs are attempted to be met through guide development and resource provision. I have learned so much this summer about what research really entails and the way that the connections you make with the community far surpass the academia-oriented expectations that are set to researchers so often. I would like to thank everyone at the CRCAIH tribal partner retreat who talked to me, and those who gifted me words of encouragement! I have learned so much from you. 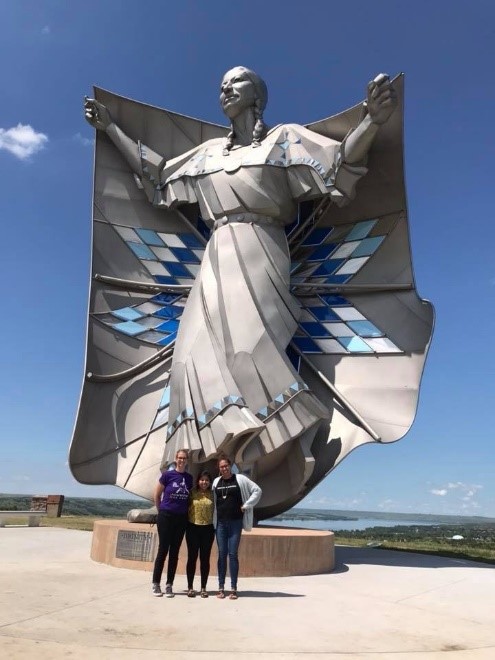 Tixa'vi to my mentors for an amazing summer!