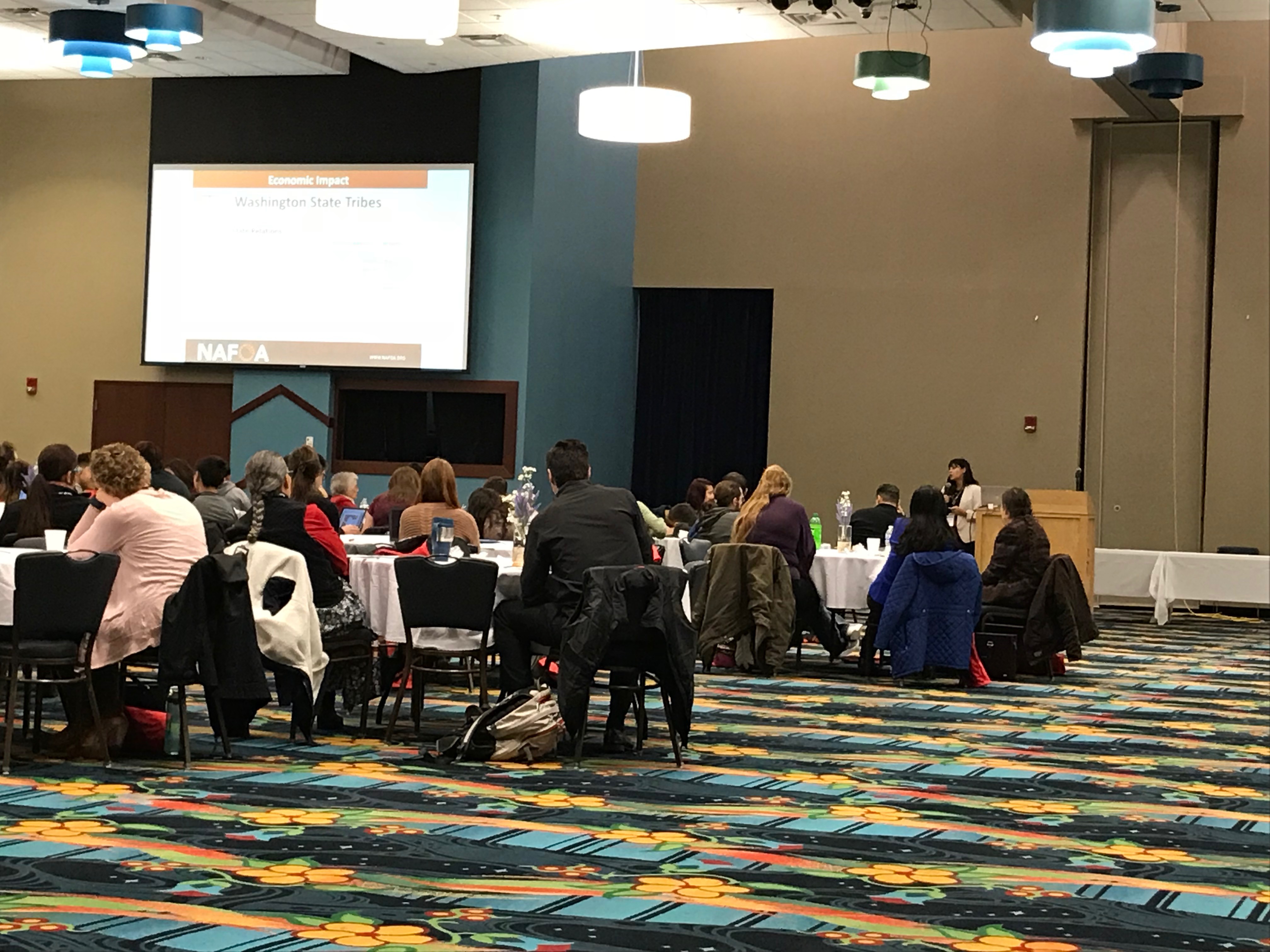 Jennifer Parisien, MS, Director of Resource Development, Native American Finance Officers Association, spoke about financial data and she did it in a way that WASN'T BORING! At the heart of it, data is about the life of the people, if we know more about the people we can make more data-informed decisions. The program that Jennifer works for aims to help tribes grow their economies and strengthen tribal finances, and financial data can help with decisions for tribal-state relations and policy-making. Tribal members have purchasing power and will go off the reservation many times for goods or services not available in their communities. Data on this purchasing power can be used in state-tribal relations to show the impact that spending done by tribal members have on economies.

The examples Jennifer spoke about illustrated that tribes put more money back into the community than non-tribal members, which should get the attention of every policymaker ever. Knowing data such as this can help show how important tribes can be to communities, which can ultimately inform policy. Jennifer used data via real-time surveys with audience members to show the importance of obtaining local data. If tribal governments know what their community values and prioritizes, it can help with determining the yearly budget, this method is called priority based budgeting. Hearing Jennifer talk about this type of budgeting was very encouraging and eye-opening because it has so many benefits; with priority based budgeting, tribal governments can do important things well, spend within means, provide transparency, and demand accountability.

Ms. Parisien stressed that at the end of the day, the money belongs to the people, and good governance should be a data priority; it's important to invest in tribal employees and programs and keep them in the loop about what is going on within the tribal government. That being said, data is only as good as it's understood by the people the data is relevant to, so when thinking of using data, it's vital to think about how the information is being communicated. This means when data is reported to tribal members, it must be done in a simple, effective way so that they can fully understand what is being reported.

I'm wholly impressed with Jennifer's work and passion for finances and I may or may not be starting a Jennifer Parisien fan club.